The purpose of the Obermann Humanities Symposium is to explore an important humanities topic that highlights UI scholars and current scholarship. Often interdisciplinary, the Symposium can include public events, lectures, and related courses.

German Iowa and the Global Midwest 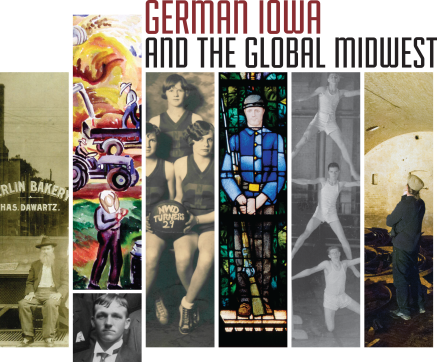 German Iowa and the Global Midwest was a three-day symposium (Oct. 6-8, 2016) that explored Iowa’s multicultural heritage. Organized by Elizabeth Heineman (History, CLAS), Glenn Ehrstine (German, CLAS), and H. Glenn Penny (History, CLAS), the 2016–17 Obermann Humanities Symposium was the catalyst for a series of yearlong events that included two exhibitions, one at Old Capitol Museum and another in the UI’s Mobile Museum; Doing Global History Locally: an International Programs Conference; and Town to Town, a workshop sponsored by Humanities Iowa to assist Iowa communities in hosting and contributing to the traveling exhibit. Visit the lively conference website.

“Working on this project with the Obermann Center fundamentally changed the way I teach. Whereas my European history classes used to focus overwhelmingly on secondary material and center on the continent of Europe, my courses today send students into local archives looking for global history.”

“Unlike most professional conferences I attend, the Obermann Humanities Symposium gave me the opportunity to engage the broader public while discussing Iowa’s German-American past with international experts. My personal highlights of the event: welcoming the German Consul General from Chicago and seeing over 250 lovers of choral music turn out for a concert from the Davenport Sängerfest of 1898. Best of all, the Obermann Center staff were there to guide us along the way and ensure the event reached its full potential.”

Other Successes and Outcomes

“It was thrilling to work on a project that integrated public engagement, hands-on student experience, and cutting-edge scholarship so seamlessly. Bringing symposium participants to the museum exhibit, which had built on student research—and which is now touring the state—sparked a lot of discussion about the Obermann Center and UI as a model for this kind of work!”

The University of Iowa’s Obermann Center for Advanced Studies in Iowa City, Iowa.

Photos from the Symposium

Kathleen Conzen of the University of Chicago poses a question 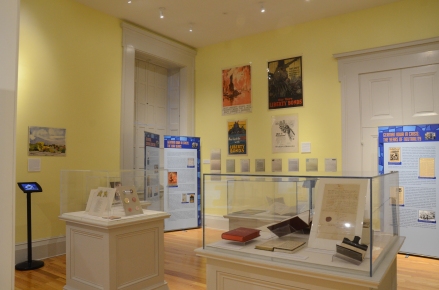 Student research at the exhibit in the Old Capitol Museum

Student research at the exhibit in the Old Capitol Museum 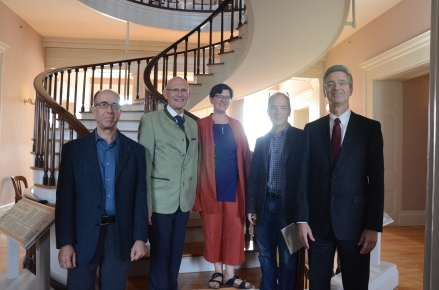 Article: “A Symposium Bears Fruit: New book and an inter-institutional grant the latest results of The Latino Midwest”

Convening the right group of people at the right time can create not just a ripple effect but a tidal wave of creative, collaborative products. Claire Fox (English and Spanish & Portuguese, CLAS) has seen this firsthand. Since she co-directed The Latino Midwest, the 2012–13 Obermann Humanities Symposium, a new University of Iowa program has come into being, a related textbook is soon to be published, and year-long project was just awarded funding by the Andrew W. Mellon Foundation.